The Royal Flying Doctor Service has issued updated advice and procedures following the publication of a new snakebite study.

The Australian Snakebite Project is the most comprehensive ever carried out, involved over 1500 patients and collated snakebite data from the past 10 years (2005-15).

“The publication of this study is very timely as the warm, dry winter and sudden rise in temperatures has brought snakes out early this year,” said Tracey King, Senior Flight Nurse at the RFDS South Eastern Section, who has attended snakebites during her career.

“As venomous snakes are found in every state and territory we urge everyone, not just those in the warmer Outback locations, to be vigilant.”

“There are around 3,000 reported snakebites each year in Australia, resulting in 500 hospital admissions and an average of two fatalities.”

The Australian Snakebite Project threw up some surprising statistics, which challenges many long-held perceptions about where snake attacks occur and how to treat them.

In those attacks in which the snake was positively identified, the brown snake was the most common biter
(41%), followed by the tiger snake (17%) and red-bellied black snake (16%).

Three-quarters of the people bitten are males aged in their 30’s. Most snake attacks occur near houses, not in the bush. Half of all bites occurred while people were out walking, with gardening and trying to catch a snake the most common other scenarios.

While only 20- 25 out of 835 cases they studied resulted in death, the effects of a snakebite can be debilitating and far-reaching.

Three-quarters of those bitten experienced venom-induced consumption coagulopathy, which causes blood clotting and life-threatening haemorrhages. Acute kidney injuries, brain and muscle damage and cardiac arrest are other possible side effects.

“Surprisingly, they’re often painless and may go unnoticed as tissue damage is mostly light – lacerations, scratches or light bruising along with some bleeding or swelling. As over 90% of snakebites we found to occur on the upper and lower limbs, these are the places to check first.”

“Common symptoms include an unexplained collapse, vomiting and abdominal pain, bleeding or paralysis.” Many dangerous myths surround the treatment of snakebites. The most important dos and don’ts include.

Do NOT wash the area of the bite or try to suck out the venom. It is extremely important to retain traces of venom for use with venom identification kits.

Do NOT incise or cut the bite, or apply a high tourniquet. Cutting or incising the bite won’t help. High tourniquets are ineffective and can be fatal if released.

Do bandage firmly, splint and immobilise to stop the spread of venom. All the major medical associations recommend slowing the spread of venom by placing a folded pad over the bite area and then applying a firm bandage. It should not stop blood flow to the limb or congest the veins. Only remove the bandage in a medical facility, as the release of pressure will cause a rapid flow of venom through the bloodstream.

Do NOT allow the victim to walk or move their limbs. Use a splint or sling to minimise all limb movement. Put the patient on a stretcher or bring transportation to the patient.

Do seek medical help immediately as the venom can cause severe damage to health or even death within a few hours.

The new study has prompted the RFDS SE to reverse previous long-standing advice about the importance of identifying the colour and type of snake.

“Staying in the area after an attack can be dangerous and recent advances in medication mean we can now treat any snakebite with a generic polyvalent anti-venom, so identification is no longer necessary.” 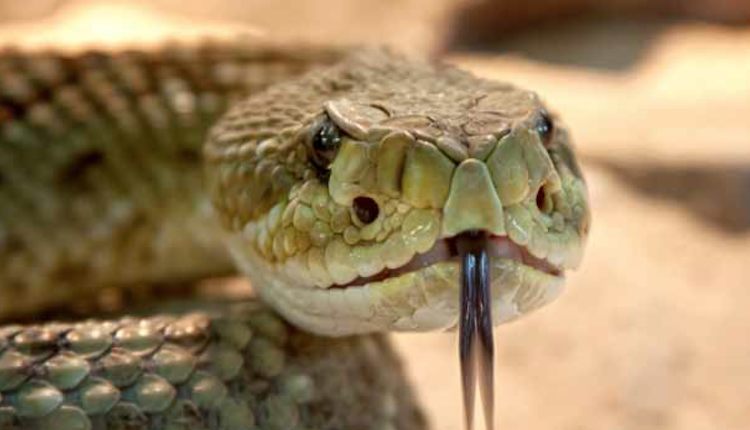 For more information go to www.flyingdoctor.org.au