No two quad bike rides are the same David Elder is like any other experienced farmer; hard working, resilient, sincere and had a bulletproof mentality.

After growing up on a farm in Benalla, working as a jackaroo in Western Australia and establishing a steel fabrication business, David landed his dream property — a farm in Bethanga in north-eastern Victoria. His property, typical of the land around Bethanga and many other parts of Victoria, features a combination of rolling hills and pastures.
Over the years, David has come to know this country like the back of his hand. But it’s also this familiarity that almost killed him.

‘It was a regular day. I’d had ambulance duty the night before and I’d been up at 6:30 in the morning spraying blackberries. I knew the terrain but it was dark, the driveway was steep, and I was tired,’ said David.

Suddenly he was in the dirt. His head was stuck between the ground and the seat of his upturned quad bike. David didn’t know it yet, but he had extensive injuries, including a fractured skull, jaw, shoulder, collarbone and ribs. He also suffered bleeding on the brain and an acquired brain injury. 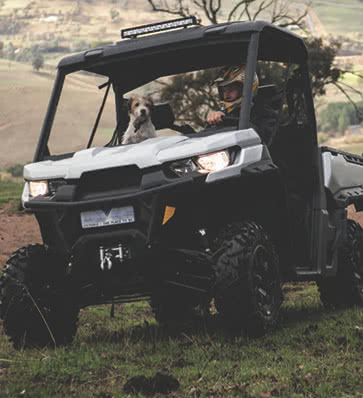 David was an experienced quad bike rider. He wasn’t going fast at the time of the accident, but he wasn’t wearing a helmet and had a tank on the back from spraying blackberries.

‘I was very familiar with the area, I’d been up and down that road hundreds of times before. You may do it every day, but no two rides are the same,’ said David.
A neighbour and her child found David on their way back from basketball. It was a miracle he survived.

What followed was a farmer’s worst nightmare; five days in an induced coma, three months stuck in a Melbourne hospital and many more months of rehabilitation. David couldn’t do anything on the farm when he returned – although he tried.

‘I couldn’t even remember my own birthday or my own kids’ names. I don’t wish for that to happen to anybody,’ said David.

Unfortunately, despite farms only employing 2% of working Victorians, David’s story isn’t unfamiliar. The truth is, around 30% of Victoria’s workplace deaths occur on farms every year. And quad bikes are a leading cause of these deaths and injuries on Australian farms.

Unpredictable weather conditions, mechanical problems and carrying heavy loads are common hazards when operating quad bikes in agricultural workplaces. Even if you travel the same speed, take the same path and complete the same routine like David, it only takes one thing to be different for disaster to strike.

It could be a wash-out on the track after last night’s storm, lower tyre pressure on the left-hand side, an incorrectly packed load or unexpected vermin homes – like a rabbit hole.

Whatever the hazard, even though you feel like today’s routine is the same as yesterday, some things may be out of your control.

In any of the situations above, your quad bike can tip or roll over even at the slowest of speeds, leaving you at risk of being trapped under the vehicle. For many this has led to tragic deaths from being crushed or from asphyxiation.

That’s why no two quad bike rides are the same.

And that’s why David is incredibly lucky. 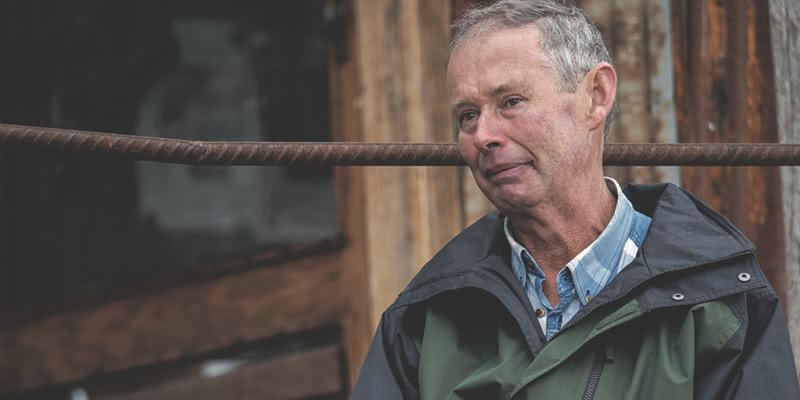 After his accident, David reviewed the best options for his farm work. Now, along with his ute, David uses a side-by-side vehicle with a rollover protection system and seatbelt.

The rebate is open to farmers whose main source of income is not from farming. It offers up to $1200 towards installing two operator protective devices (OPD’s) or $1200 towards an alternate vehicle, such as a side-by-side. This is the vehicle David now uses – it’s the one that makes him feel safest behind the wheel.

Of course, there are steps you can take to make your quad bike rides safer, such as wearing a helmet, appropriate loading, not taking passengers and performing regular maintenance checks. Reduce the risks through:

It’s now seven years after his accident and David is still recovering. He’s back on the farm but struggles with balance issues and short-term memory loss. He’s also aware of how his injury impacted others, particularly his family and the neighbours who found him.

Despite his restrictions, David remains positive. An active member in the community, he’s heavily involved in the local Bethanga Landcare group, still volunteers for Ambulance Victoria, and sits on another half a dozen committees that assist the community. He also advocates strongly for farm safety.

‘I learnt the wrong way and I want to change the culture of people taking shortcuts. It’s not just people hooning around that have accidents; it’s farmers moving around in the field by themselves and thinking about other things,’ David said.

Article kindly supplied by WorkSafe, a part of the Department of Mines, Industry Regulation and Safety.

WorkSafe Victoria plays a critical role in the lives of Victorian employers and workers - as the state’s health and safety regulator and as the manager of Victoria’s workers compensation scheme. In both capacities, employers and workers are at the heart of our service.
Our aim is to keep all workplaces healthy and safe, and to deliver high quality care and treatment when workers are injured. Worksafe Victoria