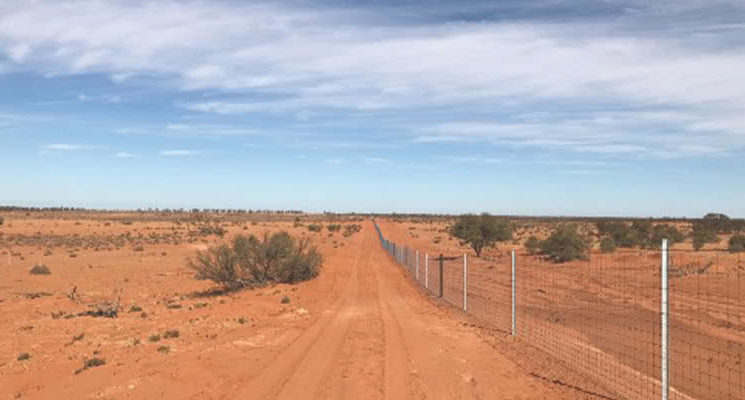 The once-in-a-generation $25 million rebuild of the South Australian Dog Fence has reached a major milestone, with the first section of the work completed.

The project will ultimately see 1600-kilometres of fence upgraded to reduce the number of sheep being killed by wild dogs in the pastoral areas of South Australia and will have economic benefits of up to $113 million over 20 years.

“Some parts of the South Australian Dog Fence are more than 100 years old and this historic rebuild will reduce the number of sheep losses in pastoral areas.

“The rebuild will reduce wild dog management costs for pastoralists by up to $97 million and is estimated to increase income from sheep sales by up to $69.7 million over a 20-year period.

“Agriculture will be a critical industry to help the Australian economy bounce back after COVID-19 and this game-changing project shows we are backing our farmers to lead the recovery.”