The fall armyworm moth (Spodoptera frugiperda) is a plant pest that can damage a wide variety of crops. Early detection and reporting of fall armyworm will help protect Western Australian plant industries and the environment.

Overview
The fall armyworm (Spodoptera frugiperda) is a plant pest that can damage a wide variety of crops. The larvae predominantly feed on crops and pastures from the Poaceae (grass) family, in particular maize, but also sorghum, forage grasses, turf grasses, cereals and rice. The pest can also feed on non-grass crops such as cotton, peanuts, vegetables and some fruit crops. Fall armyworm is known for its ability to disperse and migrate long distances, which enables it to exploit new habitats and expand its range.

The Department of Primary Industries and Regional Development (DPIRD) is conducting surveillance on the spread of fall armyworm across north Western Australia.
Fall armyworm is a moth native to the American tropics. It has become a worldwide pest and was first recorded in Australia in January 2020 on two Torres Strait islands, followed by discoveries in Queensland (February 2020), and the Northern Territory (March 2020).

Fall armyworm was first detected in Western Australia in Kununurra, in the Kimberley region, in March 2020. It has also been found in several locations around Broome.
The Consultative Committee on Emergency Plant Pests (CCEPP) met on 24 February 2020 and concluded that fall armyworm is not technically feasible to eradicate—for National Management Group decision.

The expected distribution of fall armyworm in Australia has been modelled based on weather data over the past 30 years. The following map indicates areas where the insect is likely to survive year-round as well as areas where low winter temperatures prevent permanent presence. 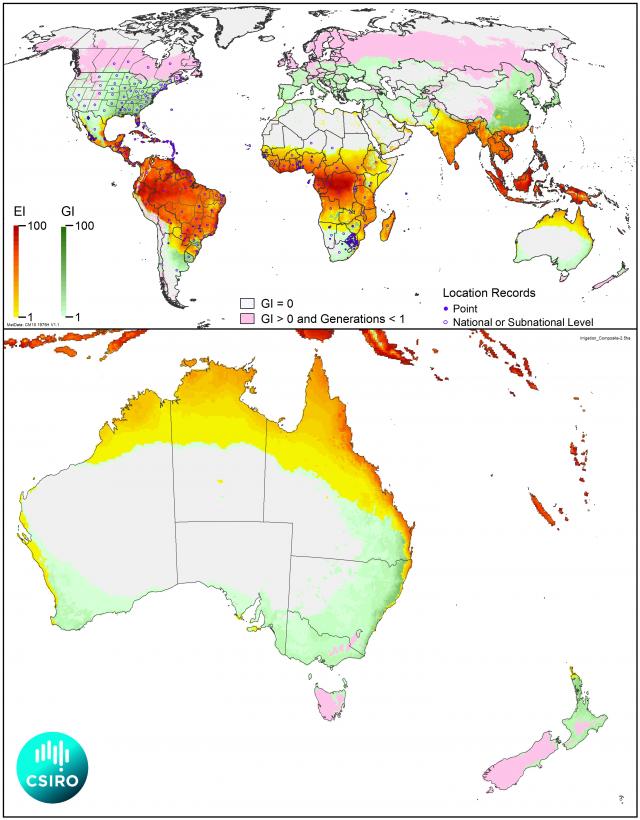 The global and Australian potential distribution of fall armyworm (Spodoptera frugiperda) modelled using CLIMEX above in the yellow-red-shaded areas indicate relative climatic suitability for establishment of persistent populations. The green-shaded areas suggest climatic suitability for seasonal migration during the warmer months. Pink areas are predicted to be unable to support a full generation of the moth.