European wasp surveillance season wraps up on a high 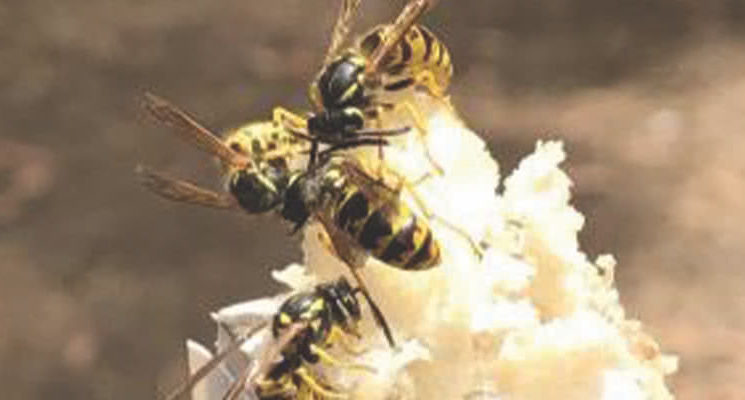 The European wasp surveillance season has wrapped up with a significant decline in nest detections and distribution – indicating marked progress towards achieving localised eradication.

European wasps are one of the world’s worst social pests, which pose a threat to agriculture, the environment, human and pet health and Western Australian’s enviable outdoor lifestyle and tourism.

The result was achieved by an extensive surveillance campaign in the Perth Hills by the Department of Primary Industries and Regional Development.

The campaign was aided by trapping and reporting by local government authorities, the Department of Biodiversity, Conservation and Attractions and the community.

“After a record breaking season the previous year, European wasp detections in WA were down 29 per cent in 2019-20 to 118, with most in the Perth metropolitan area and the only regional detections at Hyden and Geraldton,” Mr Widmer said.

“The department invested additional time and resources into the surveillance program to scour 140,000 hectares for wasps.

“This included 28,100 hectares of rugged terrain in the Perth Hills and surrounds, where there had been significant detections the previous year.

“The program will continue in the Perth Hills next season to monitor wasp activity.”

The number of European wasp nests in the Perth Hills declined significantly in 2019-20, with detections in the Shire of Mundaring down by 25 to zero, while seven were found in the City of Kalamunda – down 24 on the previous season.

Mr Widmer said surveillance confirmed the eradication of a significant infestation near the Perth Stadium, backed by intensive trapping and no public reports.

“Last season, we received several reports of wasps stripping meat from a discarded crab carcass and another from a patron fighting wasps for his pizza that led to eight nest detections in the area,” he said.

“With recreational activities returning to Perth Stadium soon, the local governments of Victoria Park, Vincent, Perth and South Perth are helping us to urge the community to remain on alert for the pest, in case it returns.”

An extensive trapping program was crucial to the success of the European wasp surveillance program, with 4200 department and community traps installed across 21 Local Government Areas (LGA) in 2019-20 – up 400 on the previous season.

Trapping by the City of Swan and the Town of Bassendean, alongside department traps, helped to mitigate the spread of the wasp, while reports from other LGA’s confirmed the absence or presence of the pest.

Mr Widmer said collaboration between government departments, LGAs and the community was essential to aid early detection and stop the spread of European wasps.

“The department received more than 1000 reports and enquiries from the public, which led to detections in Herne Hill, O’Connor, Inglewood, Ferndale, Geraldton and Hyden,” he said.

“We thank all those who maintained traps, including the Department of Biodiversity, Conservation and Attractions and the local governments of Swan, Mundaring, Kalamunda, Vincent, Nedlands, Perth, Belmont and Bassendean.

A cost benefit analysis by the department on the European wasp eradication campaign suggests the program will save the state about $3.9 million per annum in damages during the period 2010-2040.

More information about European wasps, including maps and statistics for 2020-21 season, is available from agric.wa.gov.au/wasps