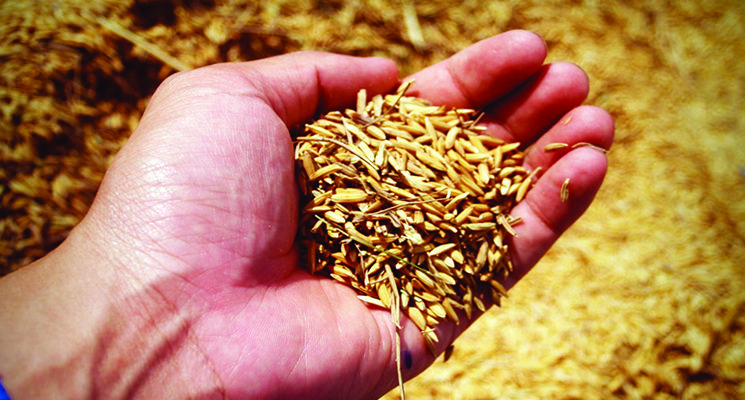 Despite ongoing drought, frost and devastating bushfires, South Australia’s 2019-20 grain harvest finished on a more positive note than earlier projected, at an estimated 6.5 million tonnes, according to the latest State Government Crop and Pasture Report.

Minister for Primary Industries and Regional Development Tim Whetstone said the final estimate for the 2019-20 season is an increase on last season’s 5.8 million tonnes.

“Given the challenges of drought, frost and bushfires during the grain season, the 6.5 million tonnes produced from 3.9 million hectares demonstrates the ongoing resilience of our farmers,” said Minister Whetstone.

“This is a good result and actually represents 8,090 B-double truck loads more grain than was originally estimated in January.

“Last season’s grain harvest is estimated to contribute $2 billion farmgate value to the state’s economy due to an improvement in global prices, despite overall production being 19 per cent down on the 10-year average of 8 million tonnes.

“The Crop and Pasture Report notes the impact of bushfire on grain and pastures with 186,954 hectares of primary production area burnt with 67,928 livestock lost. Furthermore, the report highlights the area of wheat, barley and other cereals increased at the expense of canola and most pulses due to the dry subsoils at seeding time.

“While there was a drop in canola plantings in 2019-20, for the first time in 16 years farmers will have the choice to grow GM canola for the 2021 grain season.”

Minister Whetstone said that while rainfall was variable across the state for much of the growing season, many agricultural areas benefited from above average rainfalls earlier this year.

“The varied rainfall for the 2019-20 season led to variability in cereal, oilseed and pulse crops, with yields dependent on where rainfall was received,” said Minister Whetstone.

“High water use efficiencies were reported in many barley crops across the state, ensuring that the crop handled the hot dry finish to the season better than wheat.”

The latest Crop and Pasture Report can be viewed at www.pir.sa.gov.au/cropreport